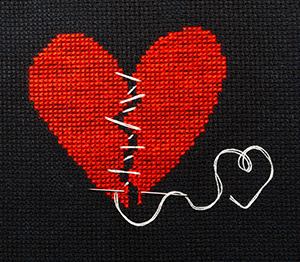 ‘Those who are willing do reconciliation. You cannot wait for the majority to catch the vision. You begin with a few and expand later.’1‘Ikiiriza’ in John Steward, From Genocide to Generosity, Langham Global Library, 2015, 154.

How is it possible to speak of hope in the face of such national atrocities?  Indeed how is it even possible to speak of forgiveness, of healing, of a nation finding a way to move forward, when the fabric of the nation has been shattered so catastrophically? These are vital questions and yet there are extraordinary programs of peace and reconciliation where participants have moved from despair to healing, from ‘genocide to generosity’. Out of the darkness, light and hope have emerged. Individuals have risen above their trauma to become peace practitioners in their communities. Their stories of pain and loss have become testimonies of healing and hope; they have become voices of reconciliation and mediators of truth and justice.

Healing is hard. At times we are asked to reach to levels of forgiveness of both self and others that seem beyond human possibility. Despite this, we know at our core that unless we are able to find this place of forgiveness, we remain forever trapped in the poison generated by the acts committed.  Desmond Tutu speaks right into the core of this place of healing when he tells us:

‘I would like to share with you two simple truths: there is nothing that cannot be forgiven, and there is no one undeserving of forgiveness.  When you can see and understand that we are all bound to one another – whether by birth, by circumstance, or simply by our shared humanity – then you will know this to be true… The one who offers forgiveness as a grace is immediately untethered from the yoke that bound him or her to the person who caused the harm. When you forgive, you are free to move on in life, to grow, to no longer be a victim. When you forgive, you slip the yoke, and your future is unshackled from your past.’2Desmond M. Tutu & Mpho M. Tutu, The Book of Forgiving: The Fourfold Path for Healing Ourselves and Our World, HarperCollins, 2014, 4, 23.

Here is an extraordinary story from Rwanda.

In Rwanda the task of reconciliation was enormous. Not only were the remaining six million Rwandans deeply traumatised following the genocide, there were the added hurdles of more than ninety thousand captured prisoners and the influx of over two million returning refugees from the surrounding countries of Tanzania, Congo and Burundi. Eight million people wondering how to survive, let alone attend to their personal traumas of hurt, shame, brokenness and woundedness. This is the setting in which hope might be found!

One of the first realisations of any attempt at reconciliation is that if the leaders of any healing process are to be at all effective, they must receive healing themselves. Tutsi needs to forgive Hutu; Hutu needs to forgive themselves. All Rwandans were faced with the work of healing the memories of horror that accompany this genocide. As John Steward, coordinator of NGO reconciliation and peacekeeping work following the genocide, tells us in his extraordinarily powerful book From Genocide to Generosity:

‘As I met Rwandans, I was struck by their directness and the way they looked me in the eye. Person after person greeted me warmly and expressed a common sentiment, ‘Welcome to Rwanda. You have a most difficult job – and please don’t ask me to forgive anyone.”  After a few days I realised they were giving me a message: “Peace and reconciliation are important, but I am not yet ready for it.”’3Steward, From Genocide to Generosity, 11.

The first of these three, the process of healing, is showcased in the work of Dr Rhiannon Lloyd from Wales who went to Rwanda to set up a series of three-day workshops called Healing the Wounds of Ethnic Conflict (HWEC), which integrated Christian teaching with psychological theory. It is hard to imagine the level of trust needed as both Tutsi and Hutu gathered in the same small room to begin the work of healing. Both sides had been taught to hate the other; both saw the other as evil, sub-human. Through a process of theoretical input and practical tools, participants learned to tools of looking at their own grief as a pathway to collective healing.

For many the moment of transformation in the workshops came when Dr Lloyd stood up to make a speech of repentance on behalf of the Western World’s involvement in the genocide, but even more powerful than this was when the Hutu translator stood to repent on behalf of all Hutus. Each time, the atmosphere in the room was palpable as participants faced the enormity of this experience.  One Tutsi participant wrote:

‘Since my childhood I was taught to consider all Hutus as enemies. I hated them with all my energy… My grandfather nourished my hatred with many stories of awful things Hutus did in 1959, causing our exile. I only regretted that I was a weak little girl who could do nothing to take revenge.  When we came back to Rwanda in 1994, I was at the height of my hatred… But when one of the workshop facilitators repented on behalf of the Hutus, I felt my heart broken. I felt love flowing in me.’4Steward, From Genocide to Generosity, 57.

The journey of forgiveness often began through participating in either the HWEC or PDW[1] workshops, but the impact of the workshops spread far beyond the actual participants. The nation was being healed one heart at a time, with deep change and the beautiful birthing of hope being observed within some of the participants. The Rwandan culture is based on solidarity, and the workshops recreated this sense of solidarity through the support experienced by each participant in the small group discussions. The core message of the workshops can be found in the South African word Ubuntu.  The word literally means ‘humanity’. As Desmond Tutu describes it, Ubuntu:

‘Is the belief that a person is only a person through other people.  In other words, we are human only in relation to other humans. Our humanity is bound up in one another, and any tear in the fabric of connection between us must be repaired for us all to be made whole.’ He further reminds us, ‘the person who injured us also has a story. They have wounded us because they have stood inside their own story and acted out of pain, shame or ignorance. They have ignored our shared humanity. When we see pain in this way, we are able to see our common bond.’5Personal Development Workshops, an 11-day healing program in four steps, developed by Professor Simon Gasibirege for a wider audience than the HWEC programs.

The workshops were a way of providing interaction between people, reconnecting Tutsi and Hutu, reconnecting self to self; hope was brought back to life.

Forgiveness of self, forgiveness of the other is a massive undertaking. To be freed from carrying the internal burden of hatred, shame, guilt and trauma is literally life-changing. As Fr. Michael Lapsley, South African priest and peace advocate who lost both his hands in a letter bomb, told John Steward, ‘I have met people in Rwanda who lost grievously and who are hurting deeply, but have managed to find a life-giving response to what happened to them; they have been able to disinfect themselves and get rid of the poison.’6John Steward, From Genocide to Generosity, 97, 98. For all this, there is another layer of healing needed for a nation to reclaim its heart – the possibility of achieving reconciliation.

The traditional method of resolving conflict in Rwanda is called gacaca (literally meaning on the grass). In this process the accused stands before the victim in the presence of Elders and the community and asks forgiveness for their actions. The philosophy behind gacaca is that when we cause someone else offense, our chief action must be to repair – to do what is right and to restore some justice. As John Steward describes it:

‘We can think of our two feet as a metaphor for justice: as we stop running away from the one we have wronged, our first foot must turn to face the person we hurt, apologise and ask for forgiveness. Then our other foot can step forward as we move towards the one we have hurt in an act of engaging and returning something of what was lost. Justice is done when restoration accompanies the apology.’7Stewart, From Genocide to Generosity, 100.

The effect of gacaca has been extraordinary. As person after person stood in front of perpetrators of genocide, stories were shared and hearts broken open.  Hope flourished as hatreds healed.  Certainly we are not talking here about some facile apology for the sake of avoiding prison time. True forgiveness is neither superficial nor glib.  What was involved was a deep and thorough look at the reality of a situation. As Tutu writes, ‘forgiveness is an honest accounting of both actions and consequences.  It is a conversation that is only done when it is done.’8Tutu, The Book of Forgiving, 64. Gacaca took time, but the results were extraordinary. A couple of examples: Ndogoni shared that ‘it is better to deal with trauma than suppress it. Every time I tell my story, the pain lessens.  And without healing, forgiveness is impossible.’9Stewart, From Genocide to Generosity, 146, 147. Jean-Baptiste, on visiting the prisoner who murdered his family, related that the prisoner said to him ‘I will be an old man if ever I am released. I cannot pay for the education of my daughter. Today I give her to you, please would you take charge of her?’ John Steward exclaimed ‘I could hardly breathe at the audacity of this man’s request. “What did you say?” I asked him.  “I accepted to do that on his behalf and now pay her school fees.” I left Jean- Baptiste in awe of his capacity to love and forgive so generously’.10Stewart, From Genocide to Generosity, 105.

The legacy of gacaca continues:

‘Between 2001 and 2010, over 400,000 suspects were tried through the gacaca tribunals.  Of these, 4,000 were sentenced to life imprisonment, 40,000 continue to serve their full prison sentence for being untruthful or incomplete in their testimony; the remainder have returned to society. Over its nine-year span, the total financial cost of the gacaca courts was fifty-five million dollars, much cheaper than any known alternative for bringing justice to Rwanda. By involving the mass participation of citizens, the Gacaca Law of 2001 provided a grassroots justice process the likes of which has never been seen in the history of the world… The focus of the hearings was: truth, peace, healing, forgiveness and reconciliation, along with Catholic themes such as atonement, penance and mercy. It provided a comprehensive form of justice to all levels of society’11Stewart, From Genocide to Generosity, 118, 119.

One final word from John Steward on the possibility of hope beyond the genocide of Rwanda:

‘After filming in 2007, I had spent time reflecting on what Rwandans had taught me. When I returned in 2012, I wanted to find out for myself if these lessons were lasting… As I met with Rwandans mentioned in this book, I looked for signs of deterioration, indifference or rising animosity in the storytellers. Yet in every case I found relationships firm. The stories I had heard over the past 15 years remained true. People who had participated in healing were free from hatred and bitterness and progressing in their lives… There was a general hope and optimism among these people, I could affirm that healing, repentance and forgiveness had changed these Rwandans from within – and those changes were sustained in their outward behaviour.’12Stewart, From Genocide to Generosity, 163.

… Read more about this topic in Handbook of Hope: Emerging Stories Beyond a Disintegrating World by Cath Connelly, available here.